Warning: Use of undefined constant NONCE_KEY - assumed 'NONCE_KEY' (this will throw an Error in a future version of PHP) in /home/upperha5/public_html/wp-content/plugins/envato-wordpress-toolkit-master/index.php on line 107
 Target Miami 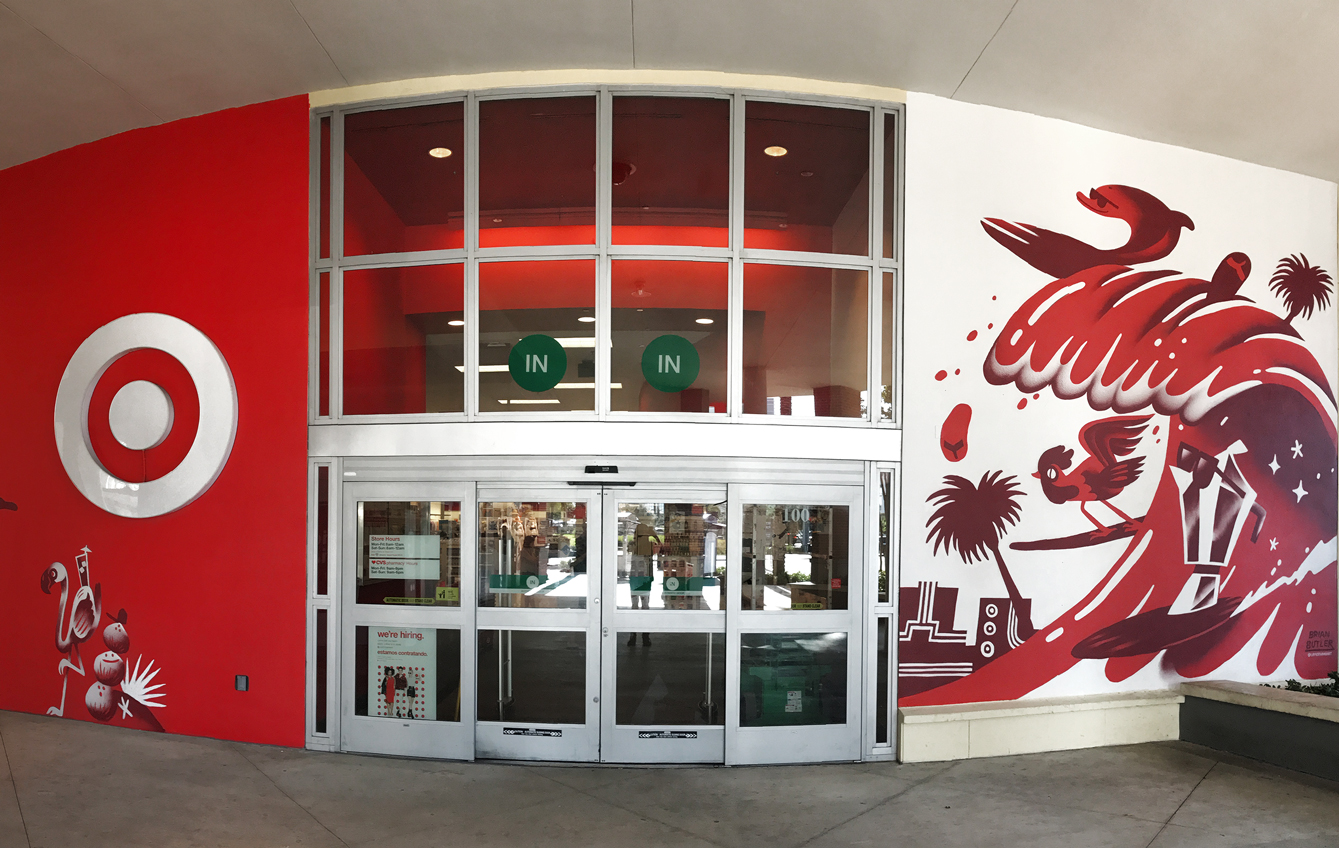 I was invited to paint a mural across the facade of Target in Midtown Miami, as part of an ongoing effort to incorporate regional art into the DNA of their retail stores. The entire staff was outfitted with matching shirts to accompany the mural reveal. Loyal customers were also given gift tote bags adorned with the mural art.

The color pallet echoes Target’s brand colors. The character lineup is an invitation to compare heights with a gator, flamingo, Swamp Ape, and a coconut snowman. The opposite wall features animated Miami icons hanging-ten not so far from South Beach. 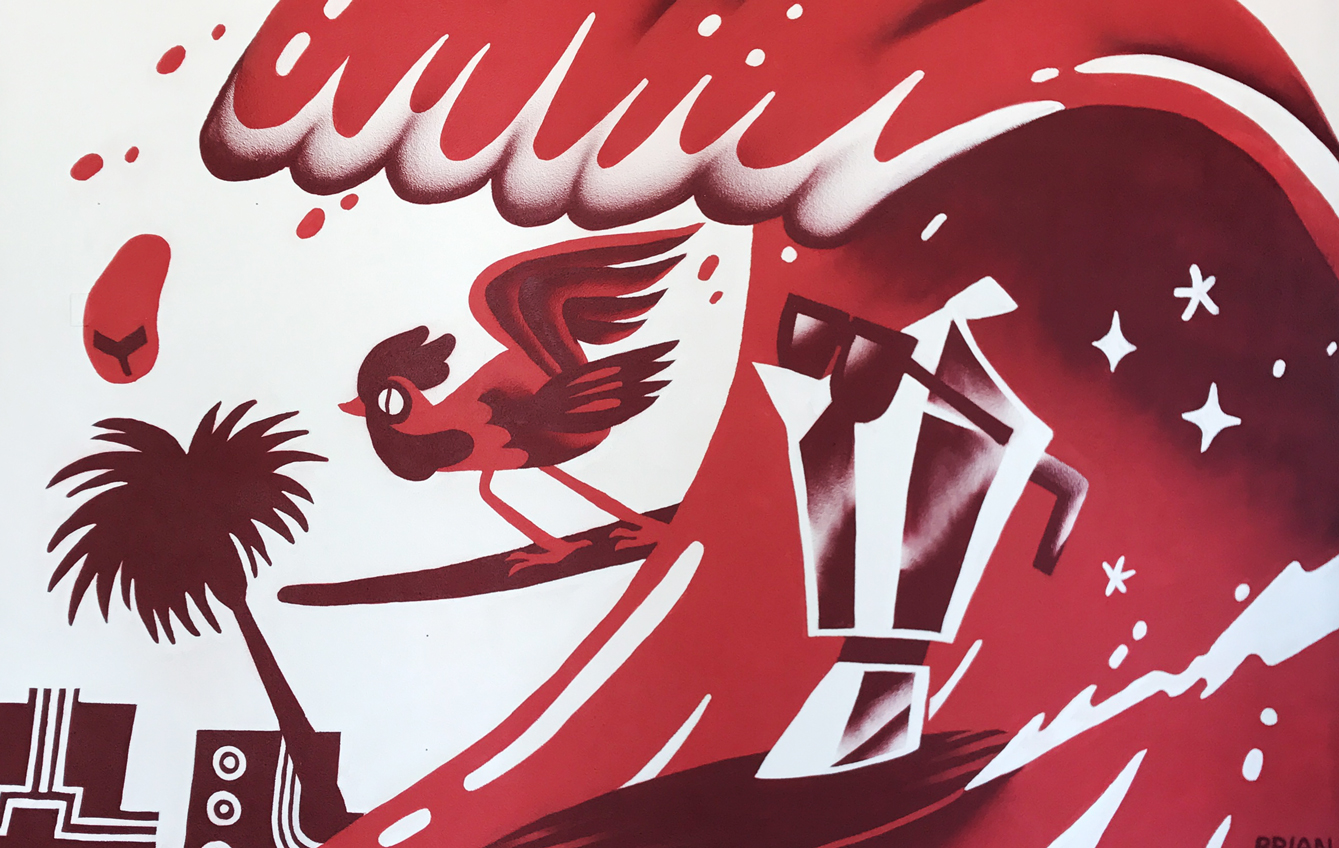 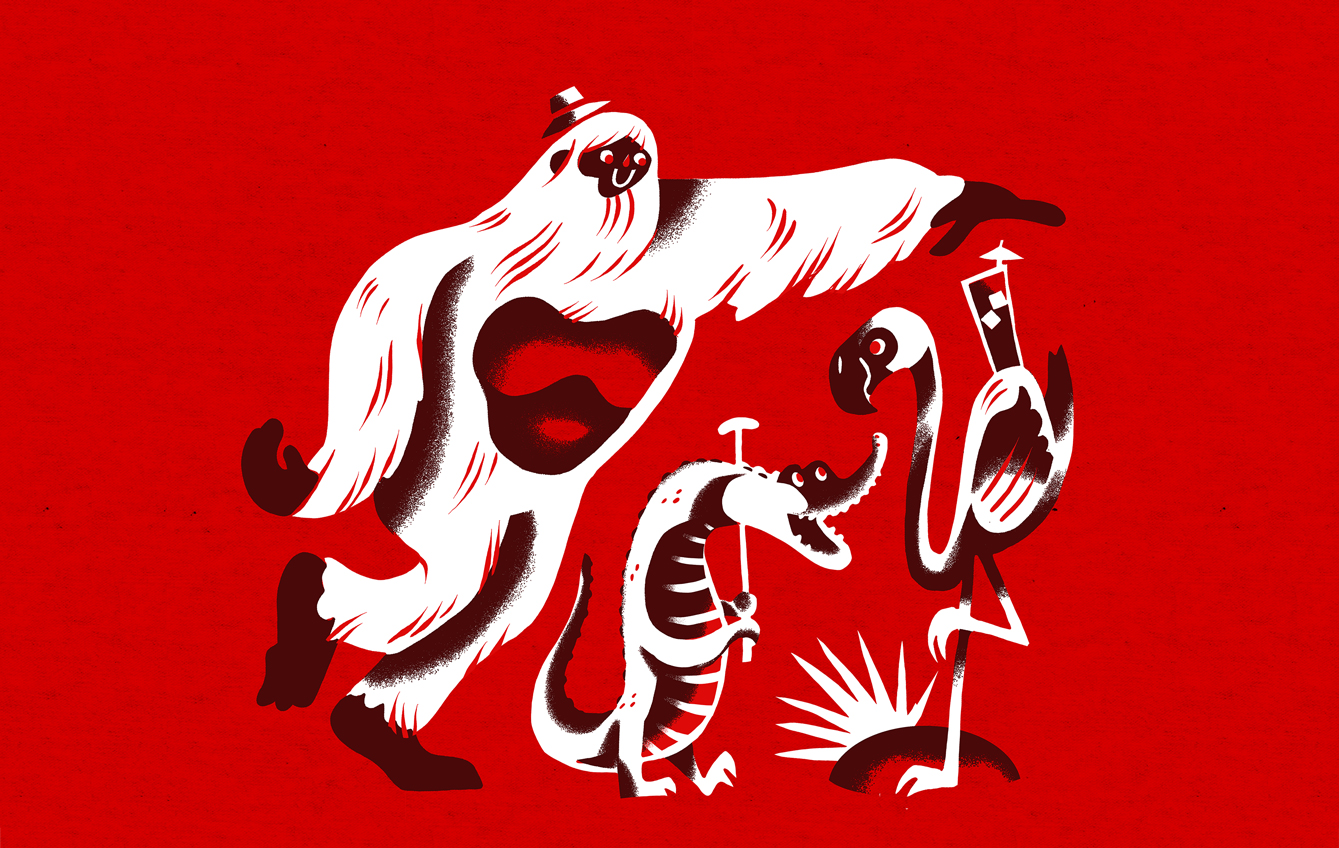 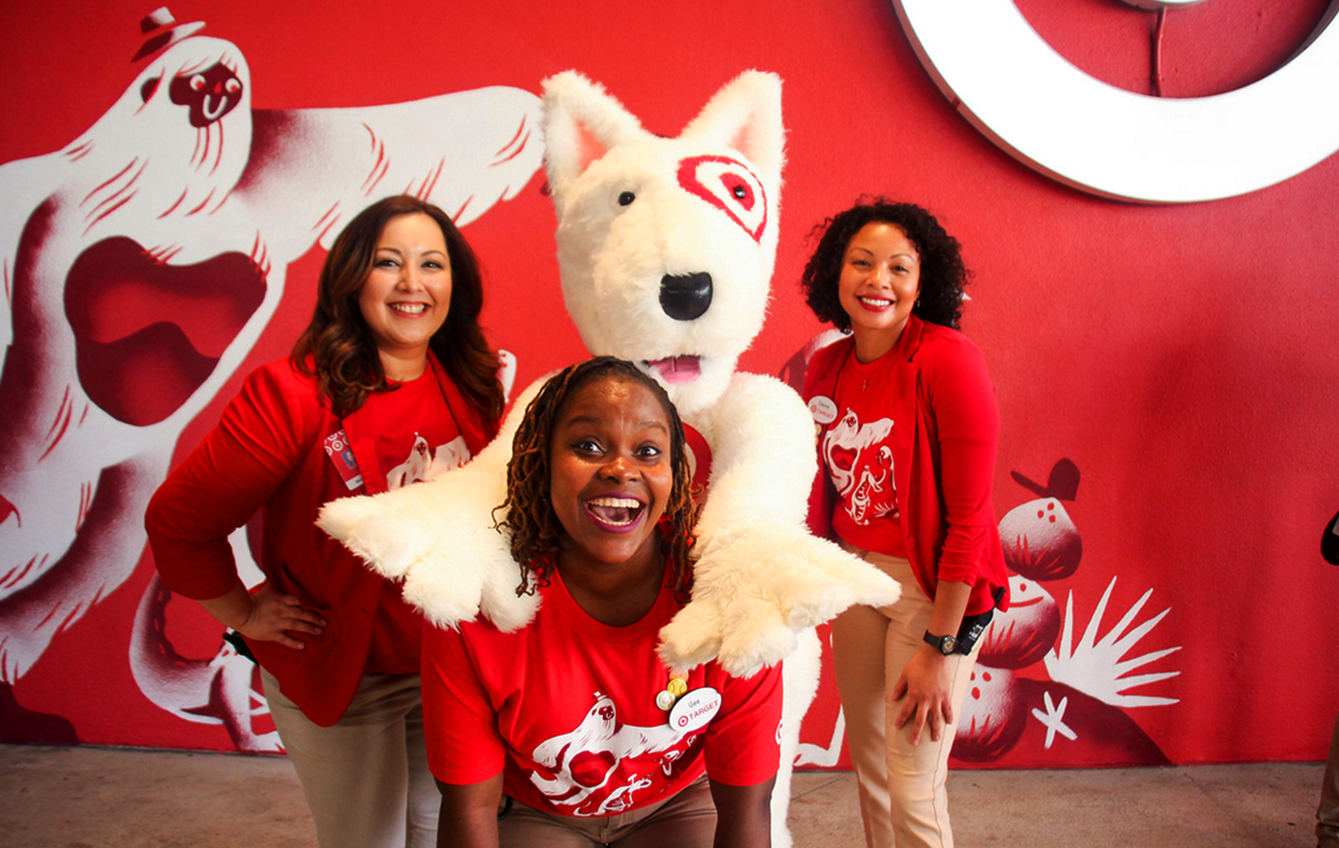 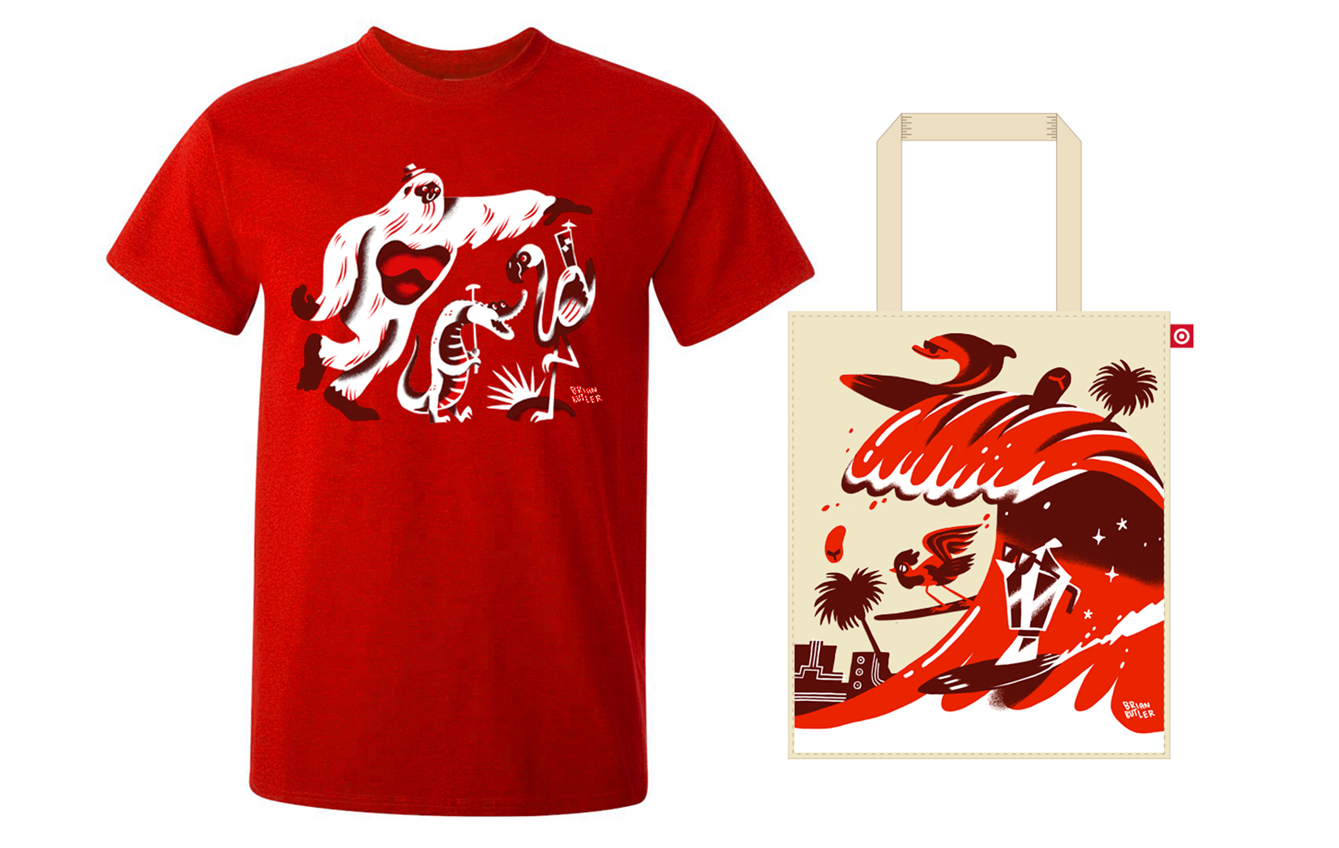 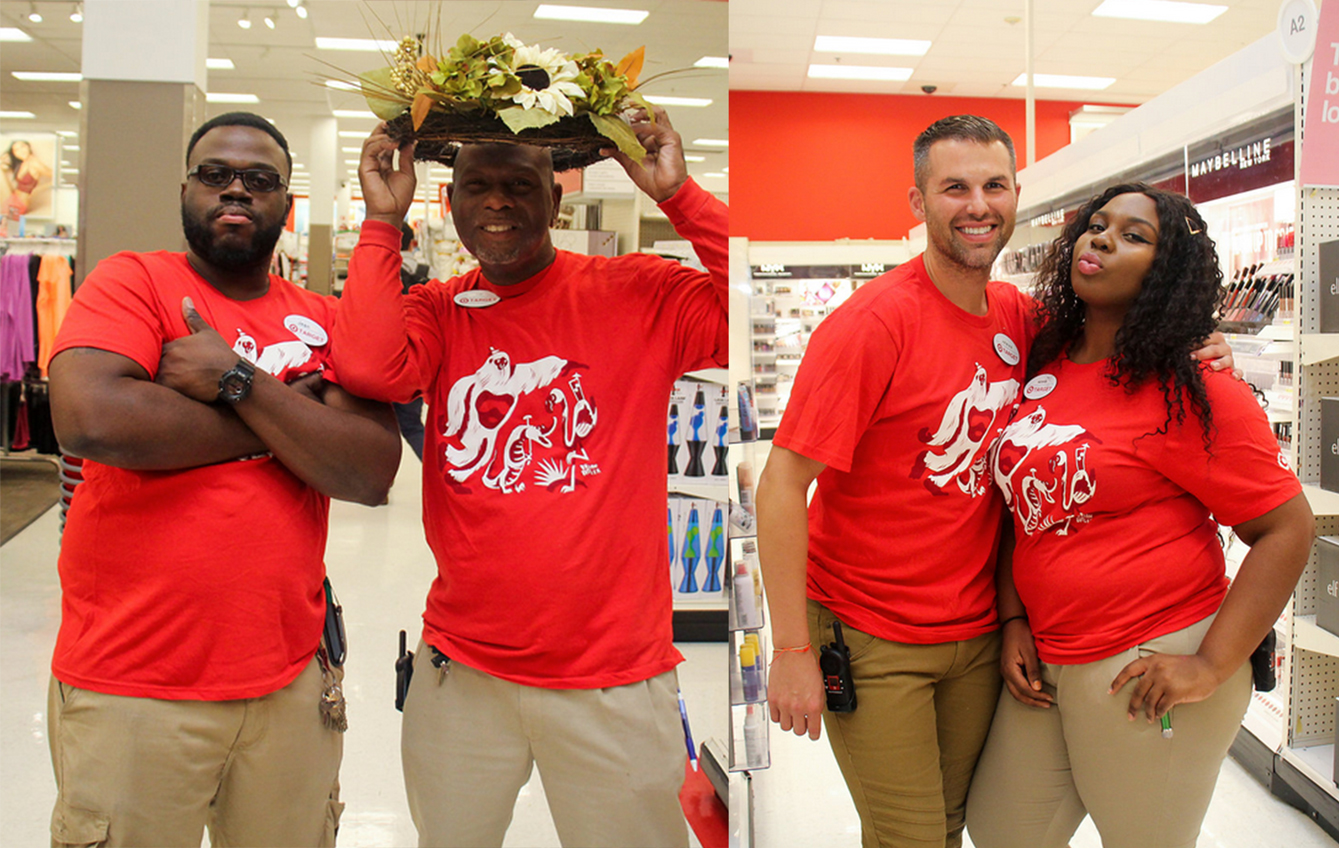 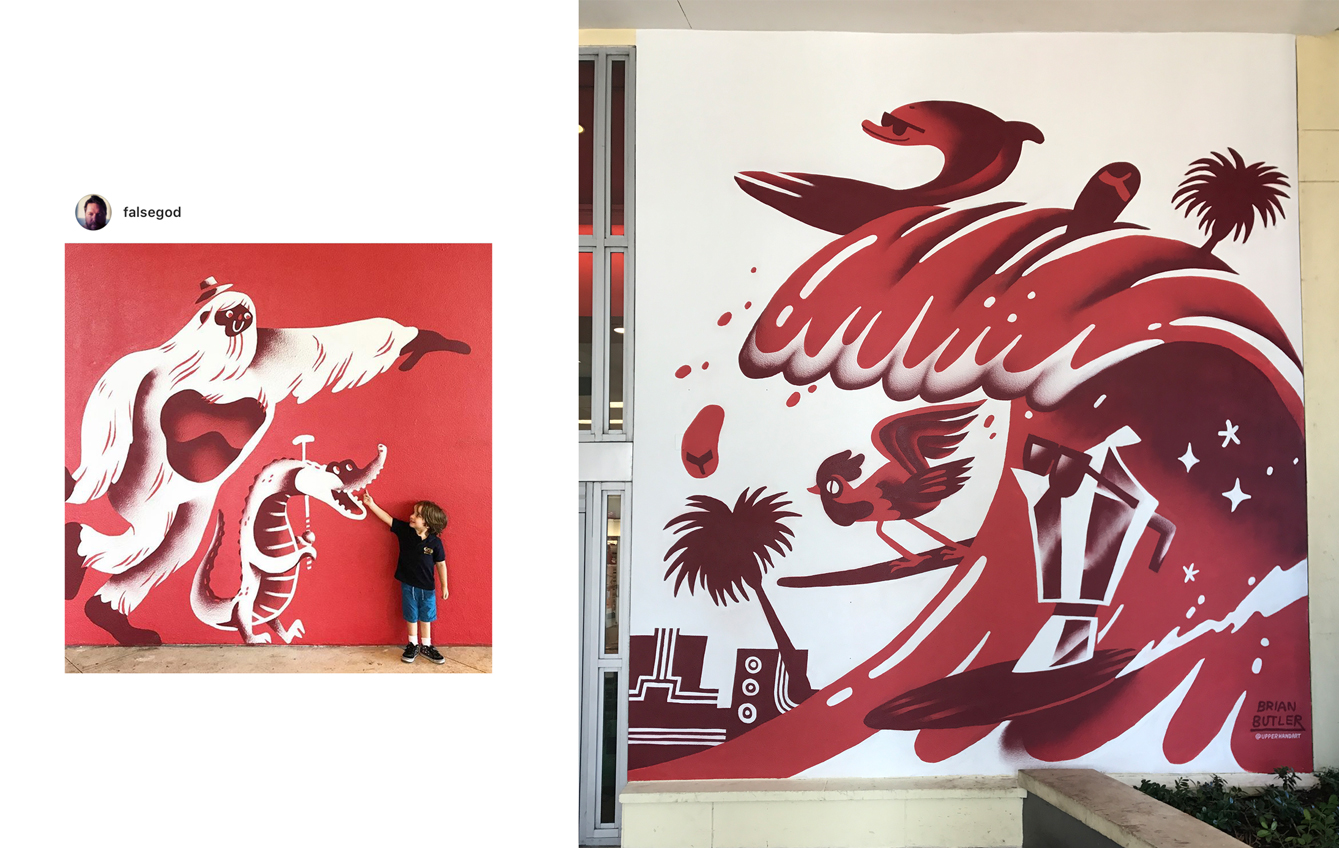